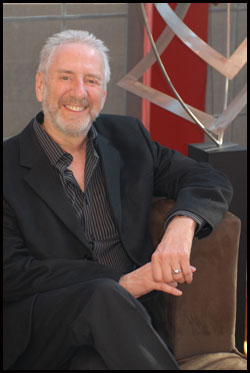 Harold D. Stolovitch
Principal, PhD, CPT completed post-doctoral studies in Instructional Systems Technology at Indiana University. He has been a teacher, trainer, researcher and consultant for over 45 years. Harold has authored more than 200 publications on various aspects of instructional and performance technology and produced countless training materials, games, simulations and other interactive activities. He is Emeritus Professor of Instructional and Performance Technology, Université de Montréal and a former Clinical Professor of Human Performance at Work, University of Southern California. He is a consultant to business, industry, government, the military and the police. Harold is a Past President of the International Society for Performance Improvement (ISPI), former editor of Performance Improvement Journal, editorial board member of several professional journals, co-editor of the first two editions of the Handbook of Human Performance Technology, and co-author of the best-selling, award-winning series of books Telling Ain't Training, Training Ain't Performance, Beyond Telling Ain't Training Fieldbook and Beyond Training Ain't Performance Fieldbook published by ASTD Press. He is also author and co-editor of the Wiley/Pfeiffer Learning & Performance Toolkit Series and the regular, featured "Human Performance" columnist for Talent Management magazine. He received the 2001 ISPI Distinguished Professional Achievement award and has won numerous other awards for his contributions to the field, including ISPI's highest award, Member for Life. He was given the 2003 President's Award for Lifetime Achievements from the Canadian Society for Training and Development, their highest honor. In May 2004, he and his team won the American Society for Training and Development's Outstanding Research Award for their work on Incentives, Motivation and Workplace Performance. Harold is a frequent keynote speaker and presenter for major companies and professional associations. Harold can be reached by phone at 310.486.0333 or by email at hstolovitch@hsa-lps.com.